Rainbow Warrior Memorial commemorates the 1985 bombing of ship Rainbow Warrior Ship by French government agents, a plot to threaten those campaigning to end nuclear testing in the Pacific

In 1985, Greenpeace ship Rainbow Warrior was bombed by French government agents, to threaten those campaigning to end nuclear testing in the wider Pacific. The Rainbow Warrior Memorial sitting atop the prominent northern tip of Matauri Bay in Northland commemorates this. It faces the final resting site of the Rainbow Warrior ship, overlooking the channel between the mainland and Motukawanui Island – the largest island of the Cavalli group. Rainbow Warrior Memorial was created by internationally celebrated NZ sculptor Chris Booth and commissioned by local Ngāti Kura and New Zealand China Clays Ltd.

Matauri Bay is a strip of land and sea, home to beautiful people, nature, and landscapes. Beachgoers: overseas and local, come here to get away, relax, and reconnect. However, many are unaware of the rich stories woven into the history of Maturi Bay. One important story, which has shaped our land, and national identity is that of the Rainbow Warrior Memorial.

Who was ‘The Rainbow Warrior’?

The Rainbow Warrior was the flagship vessel of the Greenpeace fleet. The ex-trawler was acquired in 1977 by Greenpeace. Between 1977 and 1985 it led numerous campaigns across anti-whaling, anti-seal hunting, anti-nuclear testing, and anti-nuclear waste dumping. It’s name was coined by Greenpeace Co-founder after the book ‘Warriors of the Rainbow’; inspired by the passage “The world is sick and dying, the people will rise up like Warriors of the Rainbow”. 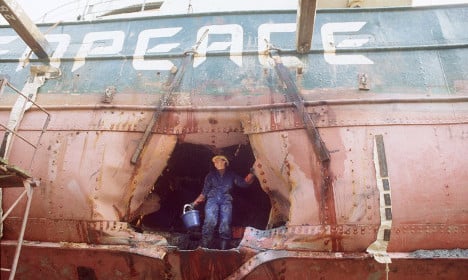 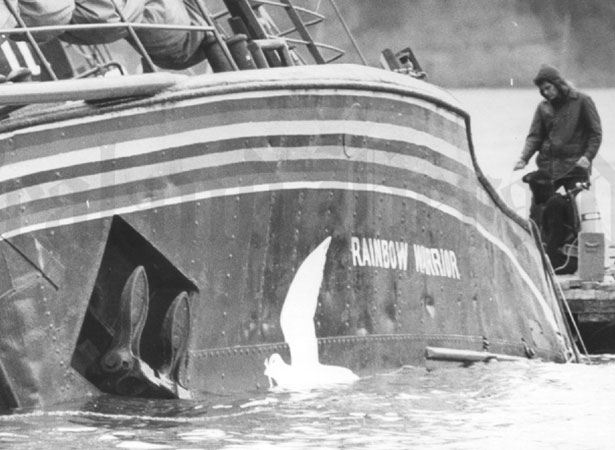 July 1985, Greenpeace ship ‘The Rainbow Warrior’ was moored in Auckland Harbour. It had been equipped to set sail for it’s next mission, a campaign to confront nuclear testing in the Pacific. The crew prepared to lead a flotilla of Yachts to Moruroa Atoll, in an attempt to protest French military nuclear experiments, threatening the wildlife and people of the area. This was much to the chagrin of the French Government.

Late in the evening as the 12-person captain and crew rested, French military conspirators began to execute their plan to foil the mission. This came after days of reconnaissance and planning, involving secret identities and stealing of plans. Two French military operatives dove undersea to attach explosive devices to the hull of the Rainbow Warrior. Then, 22 minutes before midnight, the first explosives set off. With a loud sudden crash, the crew awoke to darkness and the sound of water gushing in. In a frantic scramble, they attempted to evacuate the Rainbow Warrior, however amongst the chaos, there was one person left behind. The 35 year old Portuguese-Dutch photographer, Fernando Pereira remained on the vessel in an attempt to recover his camera and photography equipment. However, within the next few minutes, the second explosion was detonated.

While most of them had either already escaped, or were thrown off the deck by the second explosion. The subsequent rapid flooding of the hull, claimed the life of Fernando Pereira.

The Rainbow Warrior sank that day.

Fallout from the Explosion

As a close ally of New Zealand, France immediately denied responsibility, and condemned the terrorist act. However, with the help of a Neighbourhood Watch Group, the New Zealand Police identified the conspirators, and uncovered the plot as being a French Operation. The French Agents were charged and held locally. This was a tricky situation due to the close economic and political relationship between the two countries. However, on 22 September 1985, French Prime Minister Laurent Fabius officially stated “The truth is cruel,” acknowledging the cover-up. He went on to say that “Agents of the French secret service sank this boat. They were acting on orders.”

In the wake of the disaster, the flotilla of private yachts indeed sailed to Moruroa to enact their protest. Nuclear testing was halted for 10 years in the region.

New Zealand, failed by their traditional allies, distanced themselves from the United States and France, instead vying to build stronger relationships with Small South Pacific nations. 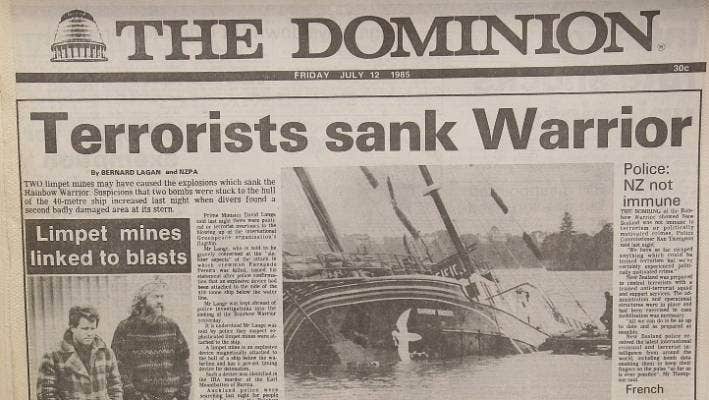 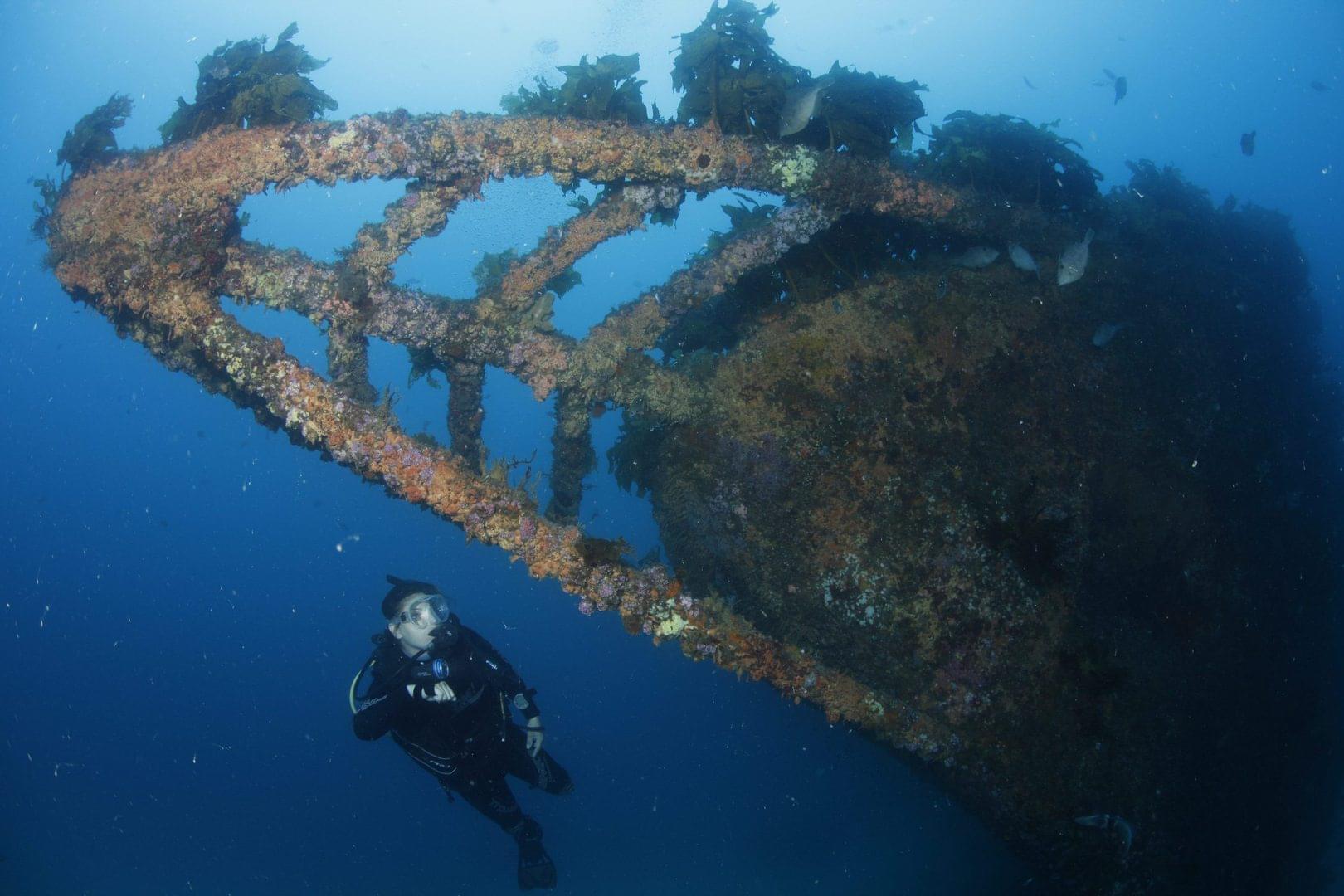 After refloating the Rainbow Warrior and investigating it’s destruction, the ship was deemed unfit for sailing. In 1987 it was taken north and scuttled offshore close to Matauri Bay, the resting place is located just off Motukawanui Island, the largest of the Cavalli Islands. It now serves as a diving attraction and fish sanctuary for visitors. As a tribute to the 1985 events, Charles Booth was commissioned to create the Rainbow Warrior memorial in 1990. Assembled from local rocks, it serves as a memory to the disastrous event which defined our nation. The ship remains a symbol of peaceful protest, and taking a stand through media.

Divers can visit the site by boat and scuba, and will need to be certified and accomplished to undertake a deep sea dive to approx 27 metres. 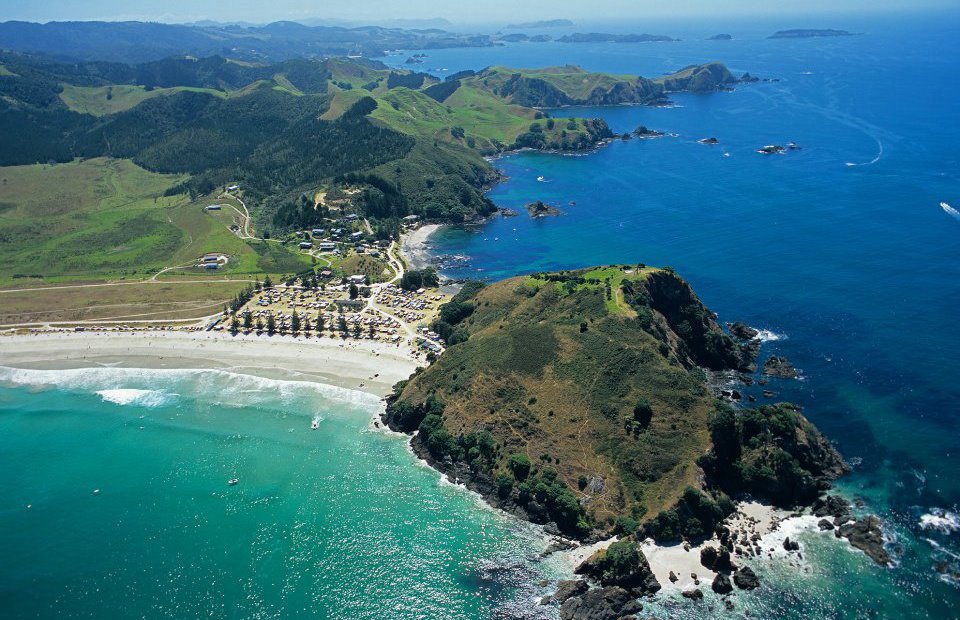 Where to Stay While you Explore Matauri Bay

Matauri Bay Holiday park is the obvious choice for those keen on visiting the memorial as it is so close by. We also offer awesome facilities, and our expert staff will ensure you have an amazing experience while you’re here. Click “Book Now” to lock in your spot!

Great place to stay, fantastic location. You basically turn a corner and see this wonderful view, where the holiday park is at the bottom. You are right on the beach, wonderful to listen to the waves lull you to sleep at night.

The amenities were extremely clean.
Such a wonderful location.